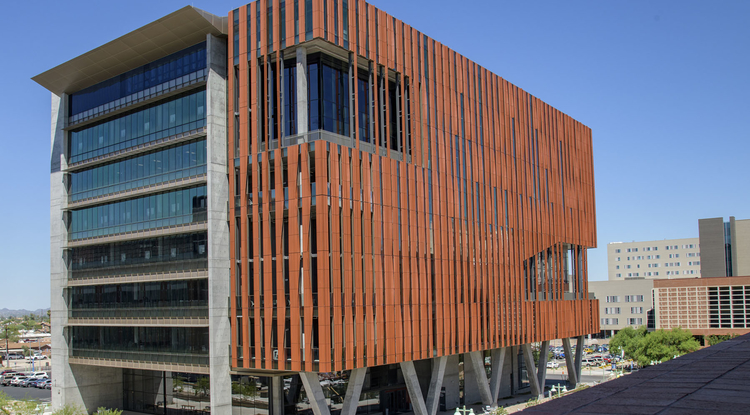 According to recently published rankings compiled by the Blue Ridge Institute for Medical Research, based on the most current National Institutes of Health data, the University of Arizona was awarded $147 million in grants from the NIH in 2019. That ranks the university No. 60 in the nation among NIH-funded institutions. Of the funding total, $128 million was received by the University of Arizona Health Sciences.

The NIH is the leading supporter of biomedical research in the world. Its highly competitive funding awards support to University of Arizona Health Sciences researchers in the Colleges of Medicine in Tucson and Phoenix, the College of Nursing, the College of Pharmacy and the Mel and Enid Zuckerman College of Public Health, as well as multiple affiliated institutes and centers of excellence.

The overall NIH award figure for the University of Arizona is up from $75,860,123 in 2015, when the university ranked No. 74 in the nation on the Blue Ridge index. The index tracks yearly NIH funding awards from Oct. 1 to Sept. 30. The rankings are determined by the whole value of awards to a principal investigator's institution. Results are released between December and February.

"These prestigious NIH awards are a testament to the groundbreaking research we are pursuing at the UArizona Health Sciences," said Michael Dake, senior vice president for health sciences. "Our remarkable growth in research funding is another sign that we are an emerging destination for outstanding research and education."