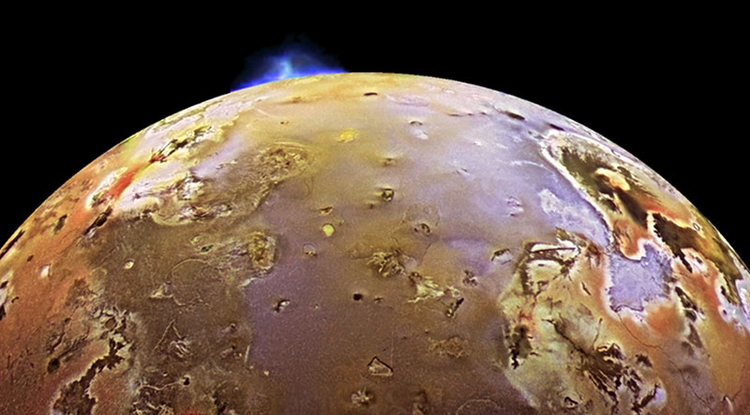 If selected, the Io Volcano Observer, or IVO, will investigate whether a magma ocean lies beneath the surface. (Image: NASA/JPL/DLR)

If selected as the winner, the spacecraft mission to Jupiter's volcanic, vibrant moon will determine whether a magma ocean lurks beneath its surface.
Mikayla Mace
,
University Communications
Feb. 13, 2020
Resources for the Media 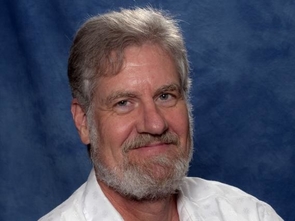 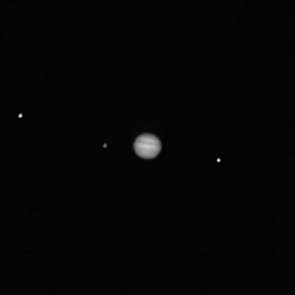 The PolyCam imager on-board OSIRIS-REx captured this image of Jupiter (center) and three of its moons, Callisto (left), Io, and Ganymede. The image was taken on Feb. 12, when the spacecraft was 76 million miles (122 million kilometers) from Earth and 418 million miles (673 million kilometers) from Jupiter. (Image: NASA/Goddard/University of Arizona)

A University of Arizona-led mission proposal to one of Jupiter's moons is among the four finalists for the next $500 million Discovery mission, NASA announced today. The Discovery Program funds midsize principal-investigator-led spacecraft missions designed to unlock the mysteries of the solar system and our origins.

The four finalists will now embark on a one-year study before NASA expects to make its final selection in 2021.

If selected, the Io Volcano Observer, or IVO, mission will orbit Jupiter and make 10 close flybys of its moon Io – the most volcanically active world in the solar system – to determine if the moon has a magma ocean hidden beneath its vibrant, pockmarked surface.

The mission would carry a suite of science experiments to map Io's surface, measure its heat flow, monitor volcanic activity, measure the composition of surface lavas and gases erupting from Io, and measure the magnetic and gravitational fields near Io that inform us about the internal structure and distribution of magma.

"Magma oceans were common among the terrestrial planets – Mercury, Venus, Earth, Mars and the moon – soon after the planets formed," McEwen said, "and are an integral piece of planet formation and evolution. They are responsible for the formation of metal cores and degassing to produce the planet's oceans and atmosphere."

These magma oceans cooled and solidified billions of years ago, but great quantities of magma are currently produced in Io from tidal heating as it is stretched and squished by its gravitational dance with the giant Jupiter and sister moons, changing its shape every 42-hour orbit.

The tidal heating could be so great that it sustains an entire magma ocean. Or Io may lack a continuous liquid layer and instead resemble the terrestrial planets soon after their magma oceans solidified. Either way, Io can inform us about ancient volcanic and tectonic processes on Earth and other worlds, and about countless exoplanets that may resemble Io, according to McEwen.

"The NASA Discovery Program enables universities like ours to make exquisite use of our remarkable scientists to peer into the formations and workings of planetary bodies, comets and asteroids and truly discover new knowledge that illuminates our place in the universe," said Senior Vice President for Research and Innovation Elizabeth "Betsy" Cantwell. "The discoveries resulting from this program also advance our ability to innovate broadly around space technologies and new entrepreneurial opportunities, opening many more doors for advances that benefit life on Earth."

The IVO spacecraft and several science instruments would be built and managed by the Applied Physics Laboratory. UArizona would lead science operations and the potential development of a camera in collaboration with students. Other key partners are the Jet Propulsion Laboratory for gravity science and spacecraft navigation, the University of California, Los Angeles for magnetometers, the German Aerospace Center for an infrared instrument and the University of Bern in Switzerland for a mass spectrometer. 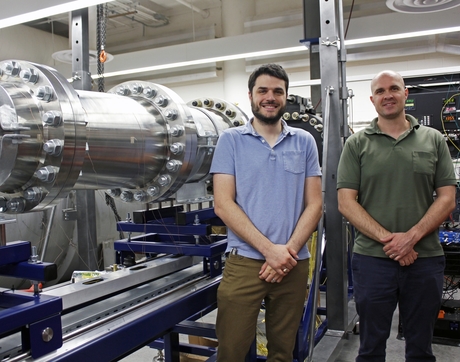