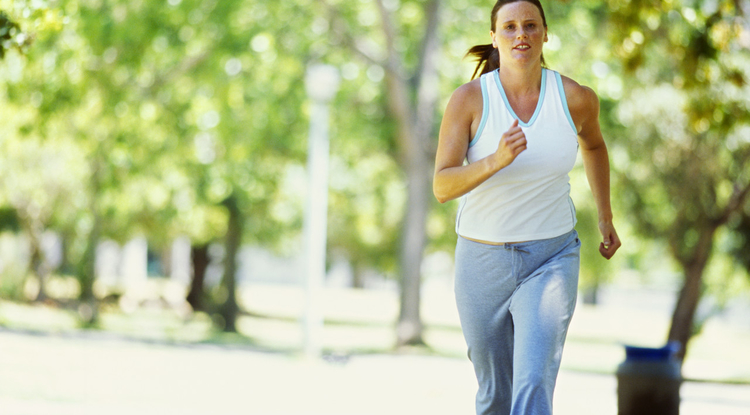 UA researchers think our ancestors' active lifestyle may have helped mitigate their risk for developing Alzheimer's and other age-related diseases.

What Our Ancestors Can Teach Us About Exercise, Alzheimer's and Human Longevity

UA psychology professor Gene Alexander and anthropologist David Raichlen teamed up to look at physical activity and human longevity from an evolutionary perspective.
Alexis Blue
,
University Relations - Communications
May 2, 2014
Resources for the Media
Research by UA faculty members Gene Alexander and David Raichlen is featured on the cover of the May issue of Trends in Neurosciences. 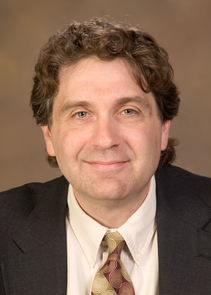 Our ancient ancestors' exercise routines could provide important clues about how best to prevent and treat Alzheimer's disease and other modern age-related diseases, according to a new paper by two University of Arizona researchers.

The article, featured on the cover of the May issue of the journal Trends in Neurosciences, explores the evolutionary links between physical activity, brain aging and the lifespan of humans, who outlive all other primates.

"This is an effort to try to understand the relationship between exercise and an important genetic risk factor for Alzheimer's disease and vascular disease, and how the human lifespan evolved, which is a fundamental question that's been considered in the scientific literature for many years," said UA psychology professor Gene Alexander, who co-authored the paper with David Raichlen, a UA associate professor of anthropology.

While many studies today tout the health benefits of exercise, Alexander and Raichlen consider the link between physical activity and health from an evolutionary perspective, beginning about 2 million years ago. It was around that time that humans made the shift from a more apelike, sedentary lifestyle to a highly active hunter-gatherer lifestyle and began living longer.

During that period, humans likely carried two copies of a genotype known as ApoE4, which is directly linked to higher risk for Alzheimer's disease and cardiovascular disease. Yet, despite the presence of the problematic gene variation, longer lifespans began to evolve.

"Having this risk allele (ApoE4) is our ancestral condition," Raichlen said. "The lower risk alleles evolved relatively recently, so our question was: How do you evolve a long lifespan when you have this ApoE4 risk allele?"

"To engage in this hunter-gatherer lifestyle you have to be an aerobically active organism. There's no way around it. You have to go long distances to find your food," Raichlen said.

"We developed a hypothesis that suggests that exercise may be an important modulating factor that helps to compensate for the negative impact of the (genetic) risk factor for Alzheimer's and vascular disease, and ultimately might help us to understand why humans are able to live much longer than other primate species," said Alexander, who also teaches in the UA Graduate Interdisciplinary Programs in Neuroscience and Physiological Sciences.

As the human lifestyle today has become increasingly sedentary, this evolutionary link may be important in the development of new prevention therapies and treatments for Alzheimer's and other age-related diseases, Alexander said.

"We are fundamentally endurance athletes, based on our ancestry. Our recent change, to a more sedentary lifestyle, may have led to a situation where this (ApoE4) genotype has become a problem for us, where it might not have been before," he said.

"With our current tendencies towards less active lifestyles, we need to be thinking about exercise as a potentially important intervention. Considering the evolutionary significance of ApoE4 also gives us some clues about why exercise might be especially important for us."

Today, it has been estimated that about 25 percent of the general U.S. population carries the ApoE4 genotype, and only about 2 percent have two copies of it, putting them at even greater risk for Alzheimer's or vascular disease. However, the prevalence of the genotype in subgroups of the U.S. population and in some other parts of the world is much higher.

"There are parts of equatorial Africa where the frequency of the ApoE4 allele is something like 40 percent of the population," Raichlen said, "so thinking about how to use exercise to alter risk around the world is important."

Raichlen has studied in-depth the evolution and effects of physical activity in humans. His research covers a range of topics, including the effects of exercise on happiness, the link between aerobic activity and brain size, the walking patterns of human hunter-gatherers and the role of the runners' high in human evolution.

Alexander, a member of the UA's Evelyn F. McKnight Brain Institute and the Arizona Alzheimer's Consortium, has done extensive research on aging and age-related diseases.

The two came together to explore the connection between their two areas of study by considering research literature in anthropology, brain imaging and neuroscience.

"We've generated a new hypothesis from these different scientific literatures that typically don’t cross over," Alexander said. "We are drawing on these different disciplines to look at this question in a new way, and I think it really has important implications for how we understand health issues today. Using what we know about ancestral genotypes, their risks, and how our behaviors evolved over time may help us to gain a better understanding of the underlying mechanisms of Alzheimer’s and age-related cognitive decline."