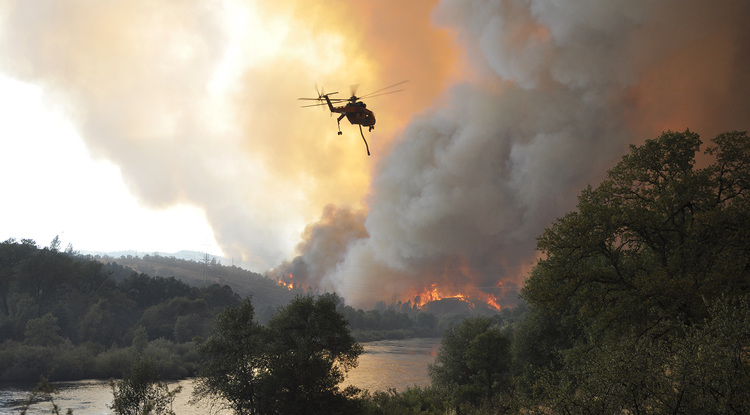 Wildfire Risk in California No Longer Coupled to Winter Precipitation

Recent large fires may be harbingers of things to come, report Valerie Trouet, a UA tree-ring researcher, and her colleagues.
Mari N. Jensen
,
UA College of Science
March 4, 2019
Resources for the Media 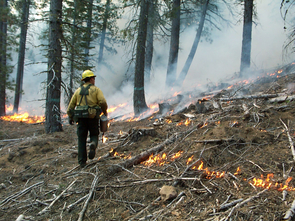 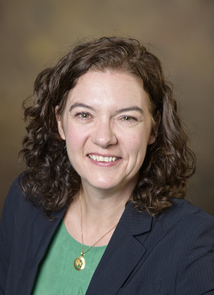 Wet winters no longer predict possible relief from severe wildfires for California, according to a new study from an international team that includes a University of Arizona scientist.

From 1600 to 1903, the position of the North Pacific jet stream over California was linked to the amount of winter precipitation and the severity of the subsequent wildfire season, the team found. Wet winters brought by the jet stream were followed by low wildfire activity, and dry winters were generally followed by higher wildfire activity.

After 1904, the connection between winter moisture brought by the jet stream from December through February and the severity of the wildfire season weakened. The weakened connection between precipitation and wildfires corresponds to the onset of a fire suppression policy on U.S. federal lands, the team reports in the March 4 issue of the Proceedings of the National Academy of Sciences.

The connection disappeared altogether after 1977.

Now, fuel buildup from decades of fire suppression in the 20th century plus rising temperatures from climate change means any year may have large fires, no matter how wet the previous winter, the team writes.

"The moisture availability over California is still strongly linked to the position of the jet stream, but fire no longer is," said co-author Valerie Trouet, an associate professor of dendrochronology at the UA Laboratory of Tree-Ring Research.

"I didn’t expect there to be no relationship between jet stream dynamics and fire in the 20th century. I expected it to be maybe weaker than before, but not to completely disappear," Trouet said.

California’s wet winter of 2016-2017 is a good example, she said. That winter was followed by many large fires in 2017, including the Tubbs fire in October and the Thomas fire in December. Twenty-four people died and 6,699 structures burned in those two fires, according to the California Department of Forestry and Fire.

"It’s not either climate change or historical fire management–it’s really a combination of the two that’s creating a perfect storm for catastrophic fires in California," Trouet said.

To reconstruct California’s fire and moisture patterns and the position of the North Pacific jet stream for the past 400 years, the researchers combined instrumental and historical records of temperature, precipitation and fires with the natural archives of climate and fires stored in tree rings that go back in time for centuries.

Lead author Eugene R. Wahl of the National Oceanic and Atmospheric Administration said, "The method we used to determine the average winter jet stream conditions is a real advance. Coupled with independent precipitation and fire records, this is a state-of-the-art coupling of paleoclimate and paleoecology."

The study is the first to show the close connection between winter precipitation in California and the position of the jet stream back to the year 1571, Trouet said. The study is also the first to examine the relationship of past winter precipitation, the position of the jet stream and past fire activity stretching back to 1600, she said.

The paper by Wahl, Trouet and two co-authors is, "Jet Stream Dynamics, Hydroclimate, and Fire in California from 1600 CE to Present."

Initially, Wahl and co-author Eduardo Zorita of the Helmholz-Zentrum Geesthacht in Germany were working independently of Trouet and co-author Alan Taylor.

As part of a larger project to extend global reconstructions of temperature, precipitation and atmospheric circulation further into the past, Wahl and Zorita were figuring out how the North Pacific jet stream affected precipitation in California for centuries. Wahl, a paleoclimatologist at NOAA’s National Centers for Environmental Information in Boulder, Colorado, was a co-leader for the North America part of the larger project.

Trouet and Taylor of Penn State in University Park, Pennsylvania, had already reconstructed California’s fire history back to 1600, and Trouet had reconstructed the behavior of the North Atlantic jet stream back to 1725.

After Wahl heard Trouet give a presentation about her North Atlantic jet stream research, the four scientists joined forces to see whether there were links between the past behavior of the North Pacific jet stream and California’s fire and precipitation history.

The likelihood that every year may be a high-fire year will be a significant societal challenge, Taylor said.

"Fire not being influenced by moisture anymore? That is surprising. It’s going to be a problem for people, for firefighters, for society," he said. "The only thing we can control is fuels, so what it suggests is that we take that very seriously.

"The last three years may be a harbinger of things to come," he said. "Between 1600 and 1903 there was not a single case of a high-precipitation year coupled with a high-fire year as occurred in 2017."

The research team’s next step is to expand this research to see how the jet stream patterns correspond with fire in other types of forested ecosystems farther north.